Check out our latest blog post to see an update about our labeling and shipping location!

Whether you’re making molds or are in the midst of a new construction project, having the right materials is essential to get the job done. When working with non-metallic objects like rubber and plastic, it’s important they’re either flexible or hard enough for the project you’re working on.

To determine if your materials are the right hardness to complete what you’re building, you can use something called the durometer scale. The durometer scale measures the Shore hardness of rubber, plastics, silicone, and other polymers and elastomers.

To help you get started on your task, we’ve created this guide on understanding the durometer scale, how to measure Shore hardness, and other useful tips.

What is Durometer Shore Hardness?

Durometer Shore hardness is the measure of how resistant materials, typically rubber, plastics, and other non-metallic materials, are to indentation. This is just one of the many terms you’ll find in our mold casting glossary that will prove useful. A durometer scale, also called a Shore hardness scale and rubber hardness scale, was created so people can have a point of reference to compare different materials, such as soft rubbers, rigid plastics, gels, and other non-metallic materials. The scale looks at how resistant these materials are to indentation, which can also be thought of as how flexible the materials are. 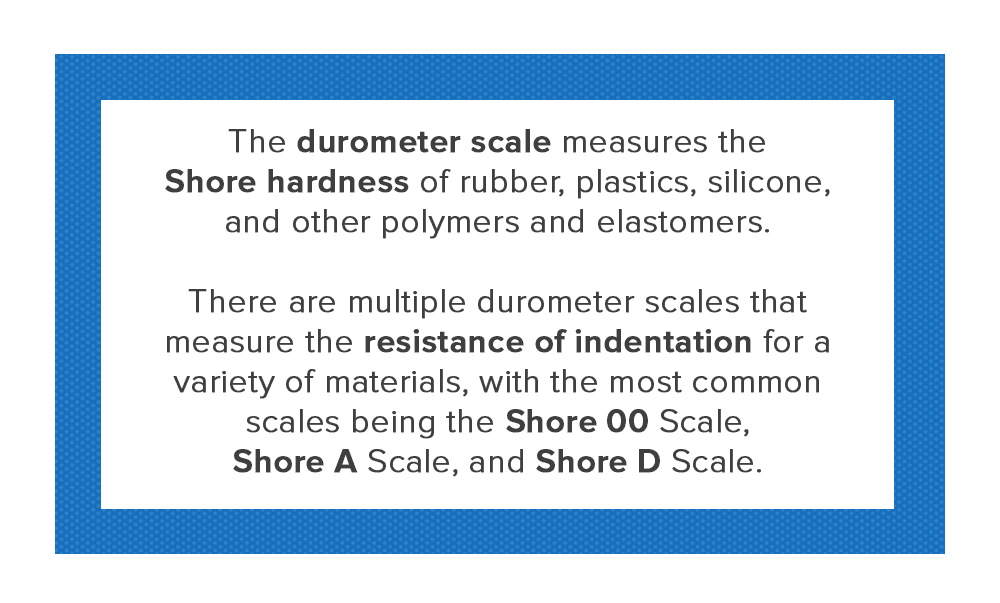 There are three main Shore hardness scales that measure the hardness of various materials. There’s the Shore 00 Scale, Shore A Scale, and Shore D scale. Here’s what each scale measures:

Overall, there are about 15 different Shore hardness scales, which depends on their intended use. Each scale ranges from 0 to 100, with 0 representing the softest materials and 100 representing the hardest materials. However, Shore scales 00, A, and D are the most common scales used to measure the hardness of rubber, plastic, and other non-metallic materials.

Why Does Durometer Shore Hardness Matter?

Durometer shore hardness matters for a variety of reasons. Whether you’re casting small, fragile objects in a mold or creating hard and rigid objects for a construction project, it’s important you use the right durometer scale to ensure the rubber, plastic, or non-metallic material you’re using is soft or firm enough for the intended purpose of the object. Engineers are often faced with the dilemma of determining which rubber is best for a certain application. The Shore hardness scales serve as a tool to identify which rubbers are best for certain types of applications.

Rubber with a Shore hardness around 75A or more is most common for flat objects, such as paving stones. In a case like this, you’d use concrete stamps made from urethane rubber to cast flat objects that can easily be released from the mold without breaking.

What is the Durometer Scale?

The first rubber hardness scale contains everyday household items. To give you an idea, here are some everyday objects and their shore hardness: 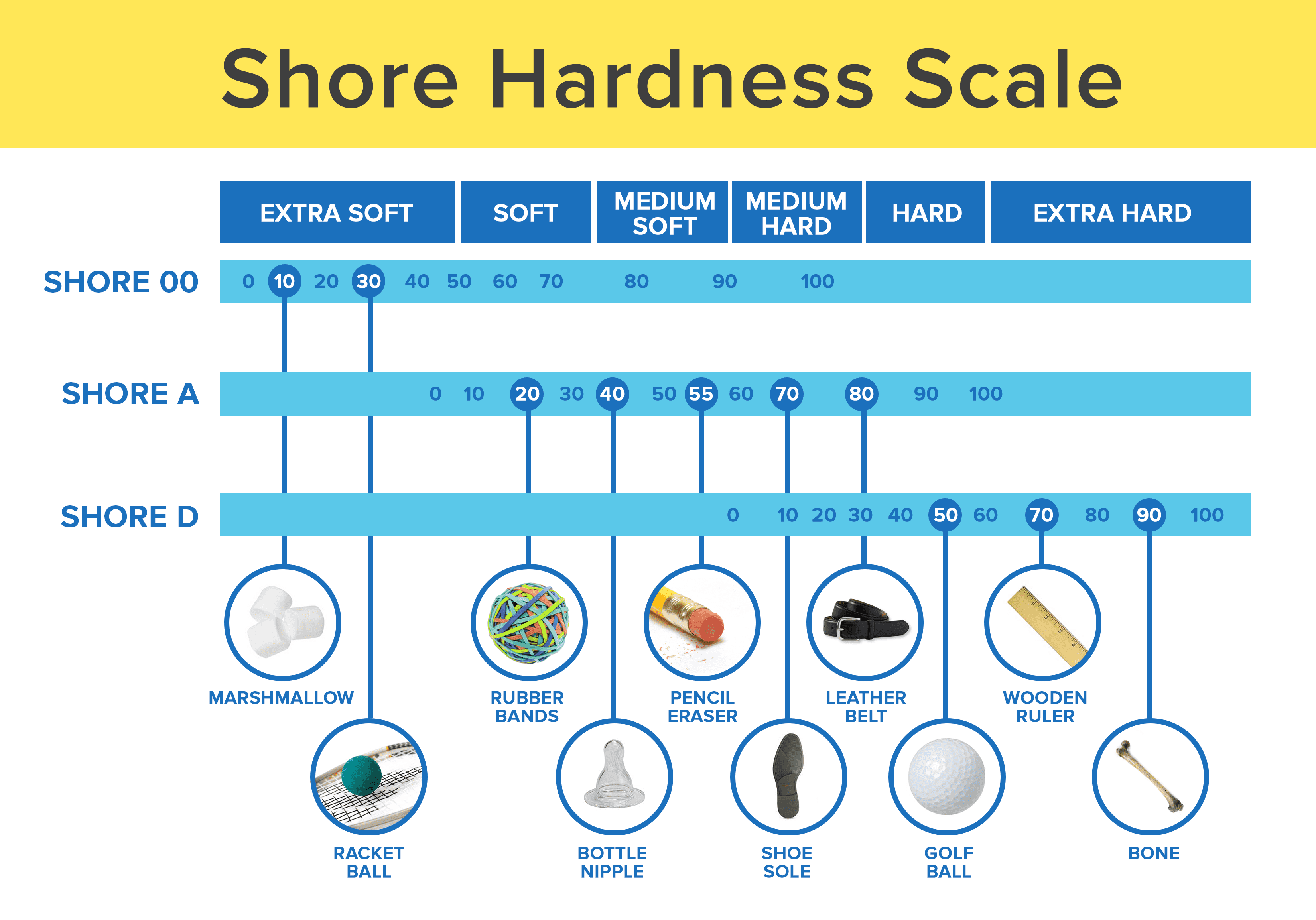 Here at AeroMarine, we offer a wide range of products, such as epoxy and silicone, that can be used for various projects, ranging from mold making to potting and encapsulation. Take a look at the Shore hardness of some of our most popular products: How Do You Measure Shore Hardness

The Shore Scale was created by Albert Shore back in the 1920s. He was a metallurgist and is credited as the founder of the durometer, which is the instrument used to measure Shore hardness. A durometer gauge is used to measure Shore hardness and is a relatively simple device. It contains a spring-loaded steel rod that compresses the surface of the rubber, plastic, or other non-metallic samples, to produce a reading.

When Shore first invented the durometer, he created the durometer scale. It first began with scale “A,” which measured softer materials. However, as materials became stronger and harder, new scales needed to be made, which resulted in scales B, C, D, and so on. As time went on, some materials were even becoming softer, which then led to scale “00.”

Each scale uses different spring forces and different indenters to measure the indentation levels of certain materials. This indenter, or needle, penetrates the sample and measures how far the indenter travels, up to .100”. The durometer scale is used to measure the Shore hardness of non-metallic materials such as rubber, plastic, silicone, and other polymers and elastomers. Whether you’re an engineer or an everyday hobbyist, understanding durometer hardness is key to ensuring your molds come out perfect.

There are numerous Shore hardness scales. Each dependent on the materials you are using and their hardness. The three most common rubber hardness scales are the Shore 00 scale, Shore A scale, and Shore D scale. With this guide on hand, you’ll be able to compare the hardness of different materials, whether it be soft rubbers or rigid plastics.

Select the fields to be shown. Others will be hidden. Drag and drop to rearrange the order.
Click outside to hide the compare bar
Compare
Compare ×
Let's Compare! Continue shopping